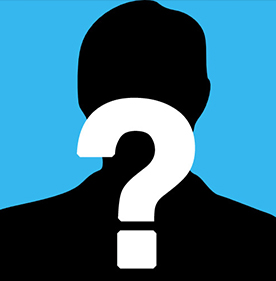 When Steven Spielberg was 16, his filmmaking assets consisted of his dad’s Super-8, the high school’s theater class, and a $500 budget. His distribution network was convincing the local theater owner to show his film, “Firelight,” for a single night. And his advertising campaign was telling his friends and family. He got an audience of 500 people.

Today, a 16-year-old who wants to make movies has access to everything from mobile devices for quick video sketches to digital cameras for feature-length productions. YouTube, Vimeo, and Amazon Instant Video make worldwide distribution happen with a single upload. Social media gets the word out so well that big studios use it for viral marketing campaigns.

Thinking about this made me wonder: Everyone has the power to be a director these days, so what happens when hobbyists find the passion to be serious directors and make it their life’s work? Is the next Spielberg on YouTube now, and does he or she even know it? When everyone can create, how are the most creative people using these amazing new tools? To me, it’s great that young filmmakers have this kind of street-level energy which eventually rises up to the major studios and big-budget productions, and here’s why.

Films are visual story-telling, and with more filming going on, more stories are getting told. Sure, cat videos and family footage make up a lot of YouTube, but people are also using it as a narrative medium. That inspires other creative people to explore too. With billions of videos, you have limitless inspiration.

A summer blockbuster from a major studio can easily cost $150 million or more to make, but the aspiring director with a smartphone and an idea is lucky to have $150 to play with. That forces people to make some creative choices and shape a story around other elements – great acting, sharp dialogue, or some great cinematography. Bruce Campbell describes in his autobiography how he and Sam Raimi had to invent some of their own equipment for shots in “The Evil Dead.” To get a particular tracking shot, Raimi used extreme measures. He got a piece of scrap lumber, a C-clamp, and some petroleum jelly to make the camera glide smoothly along with one of the film’s action sequences. They forged ahead with what they had because they knew the story, not the special effects, was the key.

Speaking of special effects, if you’re looking for how movie magic is done, you’ll find dozens of videos about what you’re trying to do. Digital special effects are widely available and even people who don’t have access to ILM can do some pretty amazing things with digital manipulation. Filmmakers, who are into practical special effects, can find how-to videos online that show exactly how to create whatever monsters or heroes their narrative needs. YouTube is never going to replace film school, but it rewards motivated young directors with the tools they need to tell their stories.

A painter might work in isolation, but most filmmakers and script writers thrive on having an audience. Film is a performing art medium, it’s part of the Pop Culture, and it needs viewers to experience it. For novice directors, having that first experience of writing, producing, and showing a short film is its own inspiration. If they’re brave, they can open up the comments and get feedback from their audience directly, a scaled-down version of the test screening larger studios do. I believe it’s important to learn by doing, but no one learns how to make movies in isolation – you need that audience. With social media video streams, you get access to viewers worldwide.