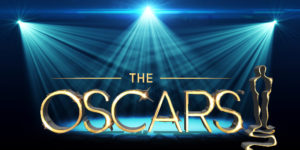 Oscar buzz seems to start earlier every year, and although the 90th annual Academy Awards ceremony won’t happen until March of 2018, hopeful contenders are already crowding the box office. In some years, critics and moviegoers agree that one film stands above the competition, such as when Schindler’s List won in 1993 or Lawrence of Arabia took the honor in 1962.

This year though, no single film demands to be the uncontested Best Picture winner. Film festivals give us a glimpse of who the frontrunners are, but even they have their favorites among several films.  That’s great for audiences as it means we have a host of outstanding films to enjoy, but for studios courting the Academy of Motion Picture Arts and Sciences with publicity campaigns, it’s a little more stressful.

Here are my early predictions for which films will get a Best Picture nod, which one might win, and which unreleased movies might be game-changers.

If any film is a heavyweight contender for Best Picture for 2018, it has to be Dunkirk. The Academy often rewards historical dramas, and director Christopher Nolan missed winning an Oscar in 2011 for his influential and thought-provoking sci-fi thriller, Inception. The film’s only hurdle could be that it lacks a single “Oscar-clip” moment from a well-known actor.  In characteristic Nolan style, it’s meant to be viewed as a whole, not in sound bites.

Another historical drama about WWII, Darkest Hour focuses on a political aspect of the war and brings with it the force of Gary Oldman’s best work in years as Winston Churchill. If Dunkirk is a panoramic view of war, then Darkest Hour is a closer and more intimate view of it. It drew raves at the Telluride Film Festival this fall, and that’s generally good news for a film’s Best Picture prospects.

With a 100% rating from Rotten Tomatoes, excellent reviews, and winner of Best Picture from the New York Film Critics Circle, Lady Bird, is sure to be a leading contender for an Oscar. Greta Gerwig’s directorial debut is a growing trend in standout women filmmakers.

Saoirse Ronan plays the title character, a teenager longing to get away from the town she lives in and her overbearing, critical mother played by Laurie Metcalf. Although at times even she’s uncertain about who she is, there are many different aspects to Lady Bird’s personality that are both heartwarming and genuine. Especially how she sees herself and the way she emphasizes her individuality. Ronan delivers an excellent performance supported by an outstanding story and script. As the closest thing to a sure bet for Best Picture, this is my odds-on favorite for the win.

Hollywood doesn’t love horror or science fiction as much as audiences do. More of a tense, psychological crime drama and not a true “horror film,” although it did contain some graphic scenes, Silence of the Lambs did win Best Picture. In the same vein, Get Out deserves a spot on the list as many low-budget, high-quality indie films do through smart storytelling and meaningful subtext. The interesting premise could carry it through to a win.

Call Me By Your Name

This coming of age drama set in early 1980’s Italy explores the budding relationship between two young men. The film opened with a screening at Sundance and was received very well at the Toronto International Film Festival which is usually a springboard for an Oscar nod. It possesses a perfect trifecta of story, acting and fine cinematic film elements, but only time will tell if it can stand up against the heavy hitters in this category.

The Shape of Water

I’ve written extensively about how difficult it is to get The Academy to take science fiction, fantasy and some other genres seriously in the top award categories of Best Picture. The Academy rewards fantasy films only slightly more often than it does horror and science fiction. The Shape of Water may get recognized as the offbeat and eloquent love story that it is, especially with Guillermo del Toro directing it. Although it’s a crowded field, the film earned universal acclaim at the Venice Film Festival, and it may well make it onto the list of Best Picture candidates.

How many romances could inspire a potential Best Picture winner? Kumail Nanjiani and Emily V. Gordon might have just that if the Academy falls in love with The Big Sick. Although the relationship between the two stars and co-authors is at the core of the movie, its religious, racial, and cultural themes give it more to say. Judd Apatow knows a good thing when he sees it, and his backing could also persuade some voters to lean his way.

Aaron Sorkin is television royalty, but can he bring it to the big screen? I think he could with this directorial debut. Molly’s Game has the tight, intricate plotting and sustained tension of a great thriller, but it’s rooted in a compelling memoir that grounds the movie and gives it weight. This year, the Academy might honor a film that proves reality (and Russian connections) are stranger than fiction.

Films that are big box box office draws rarely get an Oscar nod to go along with their financial success, but the Academy may reward a film as lovingly rendered as Wonder Woman. Gal Gadot was a standout in the role, and director Patty Jenkins might get recognition for Best Director even if the film doesn’t make it onto the list of Best Picture nominees.

Personally, I love plot twists and M. Night Shyamalan delivers with Split. But this isn’t solely what makes it a great film. James McAvoy’s performances are stellar, astute and creepy as someone with dissociative identity disorder. That, combined with the compelling plot and elegantly spare cinematography, really builds the suspense and draws the audience into the protagonist’s world filled with multiple personalities.

Critically acclaimed and with a distinguished literary pedigree that elevates it above other science fiction contenders, Blade Runner 2049 is a less unlikely Oscar winner than it might seem. The fusion of cyberpunk and film noir nicely bookends the original film, and the story does justice to the source material.

Films set in comic book universes are hugely popular, but they’re rarely competitors for Academy Awards outside of technical and post-production categories. Logan could change that, thanks to a deep and moving performance from Hugh Jackman reprising his Wolverine role. Is it enough to earn an Oscar? Given the quality of the field, it’s unlikely, but the fact that it’s earning some buzz is high praise for an excellent film in an often overlooked genre.

As I write this post, some of the films I’ve mentioned have yet to be released. There’s still other unmentioned films set to be released, which may yet make the cut. Films that get a late theatrical release benefit from being fresh in moviegoers’ minds, but they also lack the months-long, carefully seeded publicity campaigns that help some Oscar winners take home the prize. We’ll revisit this topic early next year to see how the landscape has changed.