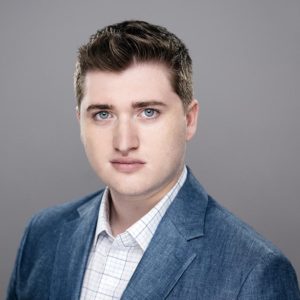 JONATHAN ROBERTS is a graduate of NYU Tisch School of the Arts where he earned a BFA in Film & TV Production. As an award-winning filmmaker, Jon has written, directed, and produced over 20 short films across many genres. Beyond his focus in directing, Jon has held production management, cinematography and editing positions on many narrative, commercial and experimental film projects. He continues to take on new and exciting challenges, building on his experiences to expand his capabilities. Jon is currently the Head of Production for bspoketv.

“As far back as I can remember, I always wanted to be a storyteller. At a young age I knew I wanted to have a career in film and television when I found the ‘behind-the-scenes’ featurettes as engaging as the actual films and programs I was watching. I love bringing stories about human connection and the challenges of personal growth to life onscreen. I’ve been very fortunate to learn from wonderful professors, mentors and filmmakers who’ve taught and inspired me. I have dedicated myself to being a life-long student of film, continually learning about the process from start to finish while I continue to develop my cinematic voice and vision as a filmmaker. I’m available for an immediate start should you feel there is a position or opportunity suitable to my skillset.”

My passion has led me to pursue skills in the following areas: