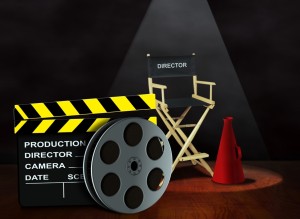 A film director oversees the production of a film or television series from its written creation as a screenplay to the final visual product the audience sees. While making the film, the director has several responsibilities during the pre-production, production, and post-production phases.

Whereas producers manage the entire project and have financial control of the film, a director’s main focus is its artistic quality. To make that artistic vision a reality, the director must determine how to transform a screenplay from a written story into a visual narrative. This means a director must be versed in all the technical aspects of filmmaking.

Directors must oversee the staff on the set as well as adhere to the shooting schedule and budget set when shooting begins. They decide which locations to use and communicate with the art director and set designer about what kind of sets to build or props to use.

Directors are also heavily involved in cinematography by working with the director of photography and other camera operators about the framing, focus, and timing of shots. Lighting designers and gaffers also work with the film’s director to achieve the effects the director wants to see in each scene. Directors also oversee a film’s sound and work with the sound mixers on set that make certain that microphones are placed properly.

One of a director’s most important responsibilities is instructing the actors on how they would like them to play their characters and their placement within the shots. Actors often shoot several takes of the same scene so there is more footage to work with in post-production, another aspect of film production a director ultimately oversees. The director knows the importance of getting the necessary amount of shots during the production phase as reshooting is costly and time-consuming. Actors’ schedules can also conflict with reshooting, so directors work to get the best performances from their cast during principal filming.

During the post-production phase of filmmaking, directors work closely with editors to make sure the scenes are put together in a logical and artistic way. They also give direction to the colorists, visual effects producers, and post-production sound editors so all the different pieces involved in creating the visuals and sound are true to the director’s vision of the finished film.

Making a film is a collaborative effort between the director, screenwriter, cast, crew, and studio. Ultimately, it is the director who is the captain of the ship and the person who guides the final artistic expression of the film.