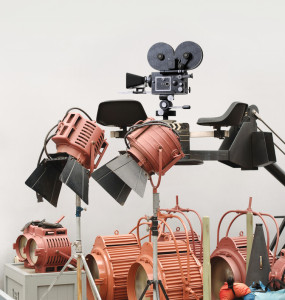 Cinematographers and videographers are in charge of shooting, framing, recording, and cataloging of all film and visual media. The lines of distinction between videography and cinematography have blurred in recent years as film and video have been used interchangeably by major film and TV studios. Cinematographers vary in the amount of creative control they have. With small independent productions, the director is often the videographer.  With larger film studio productions, several cinematography teams may be used, especially if the film spans multiple locations.

Visual media of all kinds including film, television, media and streaming broadcasts need a cinematographer to capture them. That includes films, television commercials, corporate videos, instructional materials, weddings and other special occasions, documentaries, and independent films. Cinematographers must also be excellent coordinators as they work closely with directors, lighting and sound personnel, and clients for corporate or commercial projects. A cinematographer must call on their artistic vision to tell a compelling visual narrative.

A great cameraman is critical to the success of a film.  For example, when overlapping shots, the cinematographer should ensure that the action is performed the same way each time. A film editor cannot make a match cut on mismatched action.  A successful cinematographer has extensive knowledge of cameras, lenses, and recording equipment. The best cinematographers have the ability to read the script and visualize a sequence of shots in their mind.

Cinematographers often have a chance to express their own vision along with the director’s. The legendary cinematographer Jack Cardiff gave another example when he said “All the stars I photographed had some kind of facial flaw which a badly placed light would disclose, or emphasize, and Marilyn Monroe was no exception—although she was as near-perfect as any cameraman could wish for… I had to be careful about her nose, so delightfully retroussé, for, if the key light was too low, a blob would show up on the tip.”

Cinematographer’s technical and artistic choices about exposure, frame rate, shutter speed, lighting, camera angles, scene composition, filters, depth-of-field, color balance, post-production, and camera movement all serve to enhance the director’s creative vision. The panoramic desert vistas of “Lawrence of Arabia” and the seascapes of “Life of Pi” are examples of both directorial vision and cinematographic art.