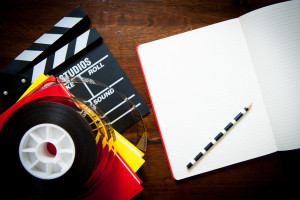 Without a screenwriter, directors and actors would have no story to tell. Screenwriters either create original screenplays or adapt other artistic works for filming. While some screenwriters are commissioned to write scripts for films and television shows, others work on spec as freelance writers, creating and pitching their scripts to studios for production.

Original screenplays are the beginning of a film, and they are often written with or by the film’s director to develop a unified vision of what the finished film should be. Some examples of writer-directors include Wes Anderson, George Lucas, Christopher Nolan, and Steven Spielberg. Directors who are also screenwriters have nearly complete artistic control of the films they create, but talented screenwriters are also adept at editing and working with directors’ scripts to produce their vision of the finished film.

Adapted screenplays include everything from translating popular novels into films to re-imagining television shows and stage plays for the big screen. Occasionally, the original author also works as the screenwriter; Stephen King and George R. R. Martin have both written screen adaptations of their original work. More frequently, screenwriters who adapt other works for film or television are not the original creators and must interpret and stay faithful to the original material and to the director’s vision.

Whether they work with an original screenplay or an adaptation, screenwriters must also be diligent researchers. They have to have a good ear for natural conversation and a keen sense of each character’s voice when writing dialogue. Scripts for television and films carry specific information for actors and personnel behind the camera, so screenwriters must also have extensive knowledge of stage directions. Every scene needs a brief description, and sometimes actors’ lines come with specific directions as well.

Talented screenwriters are also in great demand as script doctors, these are writers who edit a pre-existing script and improve it for the finished production. Like screenwriters working on adaptations, they work with the original material they’re given, but they must also work with the director to repair perceived flaws in the current script. Some script doctors specialize in polishing dramas while others are renowned for their ability to make a comedy script funnier. Script doctors may or may not get a writing credit in the finished film, depending on the amount of work they had to do when revising and editing the script.

Whether working with an original screenplay or an adaptation, screenwriters are storytellers. Their creativity forms the foundation for the rest of the film or television show.