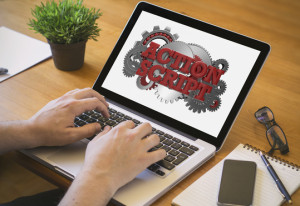 No one would argue that STEM fields aren’t essential. Now more than ever, the world needs scientists, engineers, and tech geniuses. But it also needs artists — such as the creative types who imagine new worlds and put them on paper or film. Those shared visions sometimes come from screenwriters, the people who develop the plot and characters behind the films. Occasionally, directors and screenwriters are the same people; Ben Affleck, Matt Damon, Christopher Nolan, David O’Russell, and the Coen brothers are just a few artists whose creativity behind the camera started in front of a computer screen.

A film is the product of dozens or hundreds of people’s efforts, but a screenplay is usually a solitary effort. Before any film is made, it needs a central idea. While a script is somewhat like a novel or short story in its pacing and story arc, it differs from them in its detail. A screenplay contains dialogue, stage directions, descriptions of establishing shots, and other details a director needs to know in order to turn a vision on paper into a film. To be a great screenwriter, the author has to have a great handle on filmmaking, characterization, and pacing to make the finished product work.

No matter what genre they work in, successful screenwriters are avid watchers and analysts of other screenplays. A great screenplay doesn’t happen by accident – it’s a product of careful design, planning and attention to structure. Creating vivid characters the audience identifies with, establishing the problems those characters face, defining their goals, outlining the path they take to reach them, showing the conflicts they face along the way, and making the audience care about the stakes involved are all essential aspects of a visual narrative. It’s the screenplay writer who first describes the pace of the story by setting the scene in the first act, increasing the tension through confrontation in the second act, and bringing the story to a satisfying resolution in the third act.

The underlying structure may adhere to tried and true storytelling techniques, but a great screenplay is original – even if it’s an adaptation. Knowing how to define characters through dialogue and action is an extremely important skill for screenwriters, and for those who are taking well-known characters from a novel to the screen, staying true to the author’s creation while building on it takes talent.

Because it’s such a demanding role, many screenwriters have specializations. Comedies, romances, superhero action films, adaptations of literary novels – every film genre has its specific collection of screenwriters. They might specialize in writing action scenes, creating alien landscapes, or developing complex characters through dialogue. Whatever their specialty, writers can be freelancers or work within a studio system to get their screenplays to the next step: filming.

A screenwriter’s job doesn’t end when the script is written. Directors, producers, and actors might need changes made to the original screenplay. Sometimes, a writer might even be asked to re-work a screenplay from another writer. As a screenplay consultant, otherwise known as a script doctor, a writer might need to revise an existing script heavily to make it a filmable treatment. Staying true to the story while improving its flow or making its characters more compelling is a challenge some screenwriters enjoy, and they specialize as script doctors.

Having the creative vision to tell a story purely in terms of visual directions and dialogue is only part of the recipe for a successful screenwriter. The work also takes discipline – sometimes more discipline than working in a more conventional job. Staring down at a blank page and deciding how to fill it is enough to make any author nervous, but for a screenplay writer whose work will become the force behind months of filming and hundreds of people’s efforts to translate it onto film, it’s even more daunting. Finding ways to meet goals and deadlines while still keeping the screenplay tight and the words flowing takes a lot of dedication.