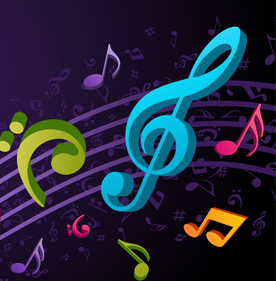 The small screen has traditionally been considered small in more ways than one. While film has produced the biggest stars and some of the most iconic images of the past century, television has had a humbler role.

Movies could aspire to art; TV was just entertainment. Today, though, there’s a shift toward making television that rises to the level of art too. The time-lapse views of Albuquerque and establishing shots of the desert in Breaking Bad, the detailed period sets and costumes of Mad Men, and the Shakespearean characters of House of Cards borrow heavily from cinematic technique.

Will this new Golden Age of television, as some are calling it, take away the importance of film? I don’t think so. Instead, I think it’s the next step in the evolution of visual storytelling. Here’s why.

Even in epic films such as Gone With The Wind or The Ten Commandments, you have only three or four hours to tell a complete story to the audience. Compare that to the nearly 48 hours Vince Gilligan had to tell the story of Walter White’s transformation into Heisenberg. Matthew Weiner took more than 72 hours to cover a decade of Don Draper’s life. Even short runs and capsule series such as Wayward Pines spread a narrative over far more time than a single film can. In eight hours per season, for example, True Detective told two complete stories spanning years.

Viewers expect each episode to be a complete narrative but also part of a greater arc, and filmmakers are capitalizing on their audience’s willingness to let a story unfold over time, even in multiple installments. The concept of films sharing the same universe or parts of the same cast across multiple installments isn’t a new one, but it has more relevance and freshness today thanks to television’s ventures into long-form storytelling.

Television’s first Golden Age evolved alongside the studio star system, and any crossover that happened was carefully controlled. Actors appeared on talk shows or guest-starred on special episodes of a favorite show because the studios that owned their contracts demanded it – often over the star’s objections as television was considered a lesser setting. It took a long time for the old studio system model to fade away.

The idea that movie stars shouldn’t lower themselves to television is a holdover of the studio era. It’s becoming increasingly stifling to actors, directors, and writers who want to work in different forms of media without stigmatizing themselves. Bradley Cooper is a rare performer who wins both critical acclaim and audience approval, making him a proven box office draw. He’s actively involved with the television series Limitless, reprising his role as Eddie Morra in front of the camera and co-producing the series with Robert De Niro. If celebrated actors and directors are taking television seriously, critics and audiences can too.

The people who warn us of the imminent death of film as an art form often point to directors of explosion-heavy, dialogue-light blockbusters who focus more on spectacle than story. These films are designed to boost global box office sales as high as possible; explosions don’t need subtitles, and simple stories don’t need much editing. By contrast, a television show can call itself a success with a few million visitors and some binge watchers whose best friend is their DVR or streaming device. Viewers will seek out shows in their favorite genres, and these shows are more accessible than ever.

Blockbusters will never die out, but I believe the lines between the big studios making them and the independent studios making quiet, narrative-driven films such as Ex Machina are blurring. Audiences no longer draw sharp distinctions between big-budget network television and basic cable channels, some of which have put out the most compelling stories on the big or small screen. Movie theater owners are more willing to give independent film a platform, and not just in major cities like New York or Los Angeles.

Television isn’t in competition with film anymore. It’s a complementary medium, and artists are freer than ever to work where they choose.