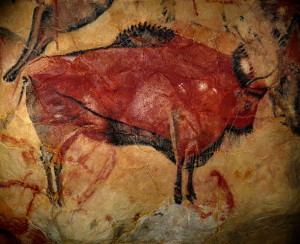 Story-telling might be one of the oldest characteristics of being human. From cave paintings that depict a hunt in action to Egyptian tombs that describe a pharaoh’s whole life in images, pictures have been important to that story-telling urge.

Visual narratives are more important than ever today, and not just in theaters and on televisions. Everyone with a phone can record images and use them to tell a story. Video is everywhere. It’s changing how people see film as a part of their everyday lives, and for the people who make film, that’s big news.

The idea of the director as artist still has a lot of sway. People go to films made by Steven Spielberg, Martin Scorsese, and Spike Lee because they know something about what they’re going to see. Michael Bay and Ridley Scott also have wide recognition, and their movies are proven money-makers.

Directors are now brands, not just names, and the actors on screen aren’t the only ones with box office appeal. Audiences go to these directors’ movies the same way they choose music: People look for another taste of what they know they like. Directors have a style as recognizable as any musician’s, and as people watch more video entertainment, they’re more familiar with the artists they like.

That’s true on the small screen too as television’s best writers and directors leave an impression on devoted audiences. Ryan Murphy’s recurring seasons of American Horror Story bring camp terror to televisions, while Vince Gilligan has proven he still has magic with Better Call Saul. Matthew Weiner hasn’t yet launched into another drama like Mad Men, but is there any doubt audiences will sit up and take notice of whatever he does next?

DVRs play heavily into the rise of name-brand TV directors who have creative control over their work. Audiences can catch up in their own time to great, long-form storytelling. The last great director to be a household name on TV may have been Alfred Hitchcock, who was (as always) decades ahead of his time.

Audiences’ awareness of great storytellers working in video media is only part of the story. At the other end of the spectrum are the directors whose names won’t appear on any credits – the ones working for corporate clients or in advertising. You see their work everywhere, and not just between plays on Sunday NFL games. Advertisers have to get more creative to get people to stick around between show segments and watch ads instead of fast forwarding through them. They have to offer something to audiences to convince them to watch. The best ad spots now look like comedy or drama shorts told in a matter of seconds using crisp, skillful editing.

The directors in charge of the latest spot for Coke or Samsung might not just be tomorrow’s big-name directors; they might already be well known to audiences. Ridley Scott’s 1984-themed Apple ad is still talked about as a miniature work of art. Tom Hooper directed an ad for Jaguar featuring British “villains” that aired during episodes of Mad Men, which itself had a lengthy story arc about landing Jaguar as a client – a neat bit of video synergy that went far beyond just selling cars.

What about the directors selling products that aren’t as glamorous as a Jaguar? I’m talking about all the people doing great work for corporate clients filming video how-tos, shooting and editing webinar footage, and creating content for in-house use. Because people have become so used to video as a narrative medium, it isn’t enough anymore just to have Bob from accounting come in and shoot a few minutes of footage about product features. Companies now invest in video as part of their content marketing strategy, advertising, or training material – and they want it done right.

The explosion of video outside its usual settings and the importance of directors who give that work meaning is why I’m so confident that filmmakers have a bright future. Visual storytelling is more important than ever.