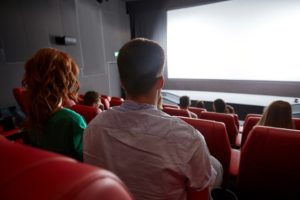 Every would-be director or screenwriter has a love-hate relationship with professional film critics. On the one hand, great reviews can make careers. On the other, a scathing one can sink your movie. That’s especially true now that everyone has a voice as a critic with crowd-sourcing and social media. I like constructive criticism and know it’s how I grow with each film I make, but some critics have habits that are anything but constructive.

Here’s my chance to criticize the critics a little bit, and I’m sure they’re tough enough to take it.

“I Watched 10 Minutes, and It Was Awful”

It’s understandable for someone in the audience to leave the theater after seeing something that isn’t entertaining or appealing, but anyone who plans to offer a critique of a film needs to stick it out. I’ve felt like walking out on some movies before from an entertainment perspective, but I stayed because to me, they’re lessons in what not to do. The same goes for critics; to offer an educated opinion on a film, they have to stay the course and watch the thing. I’ve seen published critics write quick synopses for reviews that made me wonder if they watched the same film I did. Sometimes that’s the director’s fault for making a muddled plot or editing a full-length feature like a hyperactive 15-second ad spot, but sometimes, it just seems the critic fell asleep during some of the exposition.

“If the Director Had Made My Movie, It Would’ve Been Better”

It’s natural to see where a director’s vision could’ve come closer to your own or what might have made a good film great, especially for professional critics who see hundreds of films a year. Amateur movie buffs have some outstanding ideas too as anyone who’s watched a fan-edited version of a rambling movie can attest. When critics assume a film would be better if it looked entirely different from what the director offered, though, they aren’t offering a critique of the movie they just saw; they’re wistful about not seeing their movie on the screen. Maybe The Phantom Menace would have been better as a musical, but that wasn’t George Lucas’ vision. Critics’ views matter more when they relate to the movie that is, not the one they felt should have been.

“They Got It All Wrong”

Movie-makers have a responsibility to present an internally consistent world to audiences, and if the film has its roots in the real world, it’s absolutely essential for them to do due diligence and get their facts straight. Unless you’re playing with alternate timelines, you owe it to your audience not to feature F-16s in your Eisenhower biopic. At some point, accuracy and suspension of disbelief have to balance with practical considerations. You wouldn’t want to leave a wristwatch on the actor playing Julius Caesar in your historical drama, but you can be forgiven if he doesn’t deliver all his lines in Latin. Films are art, and there’s room for artistic license.

“I Didn’t Understand It, So It Must Be Bad”

This one’s tricky because communicating an idea to an audience clearly without talking down to or insulting them is a huge part of what a great filmmaker does. Critics rightly call out screenwriters, editors, and directors who churn out chaotic action flicks that hit audiences with endless explosions and never bother with exposition at all. When the film itself deals with something complex or is put together in an unusual way to tell a specific story – think of how different Memento would have been without its weird and wonderful backward narrative – that’s an engaging puzzle for audiences. It’s always possible for filmmakers to misjudge the space between “engaging puzzle” and “pretentious nonsense,” but sometimes critics fall into that gap.