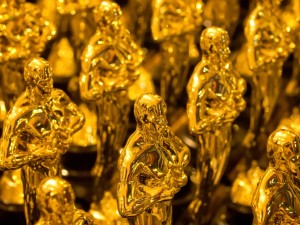 Should Oscars Be Awarded By Genre?
March 23, 2016Blog Film Industry

While three of the Best Picture nominees were science fiction genre films, it’s not surprising none of them won. What’s stopping science fiction, fantasy and some other genres from being taken seriously in the top award categories of Best Picture, Best Director, and Best Actor/Actress?

The loss of a Best Picture award doesn’t mean genre movies didn’t do well when the 2016 Oscars were handed out. Mad Max: Fury Roadwon award after award for technical achievements. Although it used less CGI than other films in its category, I was surprised that it did not win for visual effects. If there was a separate award for science fiction, I believe The Martian or the blockbuster, Star Wars: The Force Awakens would certainly have earned an Academy Award.

One thing that consistently hurts genre movies is the belief that they play to a younger audience. While that’s sometimes true of action-packed superhero films, and big releases, it’s certainly not the case for modern genre productions. Although Ex Machina, Avatar, District 9, and Mad Max: Fury Road tackled mature issues some of the most enduring genre films like Inception, Interstellar, 2001: A Space Odyssey, and Blade Runner have received little recognition despite having a great deal to say.

For any given genre, there are independent films that range from great movies with a message to entertaining low-budget fluff. That isn’t a bad thing when the film in question is pure fun and not meant to make a larger point, but some low budget genre films dig deeper into the human psyche even when the principal characters aren’t human at all.

Some people just aren’t fans of a given genre and find themselves too distracted by the setting or characters to appreciate the film. If you grew up reading about superheroes or galaxies far far away, you already speak the language the screenwriter and director are using. You aren’t turned off by people who can talk to moths or 12-foot-tall blue people with stripes or people who look like a cross between a mantis shrimp and a grasshopper. You still see them as people, which is something anyone who isn’t used to genre fiction might not. Special effects have gotten so good that they can fool the eyes, but effects alone can’t always help audiences believe what they see if those audiences aren’t used to science fiction or fantasy.

All Academy Awards are important. Screenwriters, film editors, composers, and special effects directors contribute hugely to a film, and the awards they earn are no less prestigious than those a director or actor earns. They are, however, more specialized and less widely known outside the industry. The awards given out at the end of the night are the ones that translate into more money. A film that wins a Best Picture award can count on a box office boost or a surge in sales for the home market.

On the other hand, some of the top grossing and most beloved movies of all time have been genre films, so maybe they’re doing just fine without the approval from the Academy.