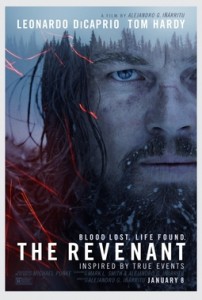 Working on a sound stage is fine for some stories, but other movies demand more from their cast and crew. Filmmakers and actors who work under extreme conditions on location give the final cut a sense of tension that green screens and studio lighting can’t match. When Birdman director Alejandro Iñárritu filmed The Revenant with Leonardo DiCaprio, Domnhall Gleeson, and Tom Hardy, he wanted to capture deeper truths about the characters populating the historical narrative by filming in natural light under conditions as harsh as what the real Hugh Glass faced in 1823.

Glass’ battles against a bear, the elements, and his fellow frontiersmen took place in what would later be Montana during the dead of winter. To get the look of the film right, that meant working at high altitudes and in northern climates during the shortest days of the year. Filming in winter under natural light put severe restrictions on when Iñárritu and his cast could work, especially when working on location in Alberta and British Columbia. With only 20 minutes of natural light to work with on some challenging scenes, the director knew he had to get some takes quickly but accurately using equipment that could handle sub-zero temperatures. 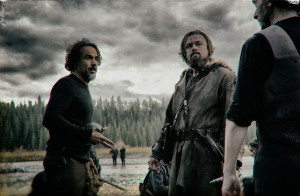 In an interview with Sight&Sound Magazine, Director of Photography, Emmanuel Lubezki credits the use of a new large-sensor ALEXA digital camera for the sharp quality of the image at very low lighting conditions. Lubezki says “the camera was able to translate the way I felt when I was on location… much better than any camera before – including celluloid film. In those levels of light your eyes can see things that film can’t”. Iñárritu and Lubezki chose ARRI ALEXA XT M, XT and the 6K ALEXA 65 camera. The ALEXA 65 has a much larger sensor than RED’s new 8K Vista Vision Camera, with significantly higher data rates due to being uncompressed RAW. The XT M’s modular design gave him better refinement on the action shots in the film’s more dramatic sequences while the XT and 65 cameras were ideal for the panoramic views.

The starkly beautiful but deadly landscape looms large in Glass’ story, so cameras that could portray this and help audiences feel its danger were essential. Working on location in sites so remote that food had to be kept in cages to prevent bears from eating it, the crew needed equipment that was light enough to move with ease, and the ARRI ALEXA XT, XT M and 65 systems fit the bill. Using Zeiss Master Prime series and Leica Summilux-C lenses let Iñárritu and Lubezki depict the wild beauty of his wintry locations as faithfully as possible. 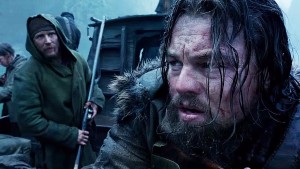 Even with the best equipment, filming had to stop at one point because both the actors and the cameras were too cold to work. Temperatures in late November dropped to 40 degrees below zero, and the actors were in danger of hypothermia. DiCaprio’s bearskin coat was no protection against the cold as he had to get it wet with repeated dunks in the river. The actor is no stranger to perilous water scenes, but while his Titanic set involved a heated tank that felt more like a bathtub, his river crossings in The Revenant were filmed in frigid water.

The conditions that made filming a challenge also make it a masterpiece. It’s because the actors are actually coping with physical and mental challenges, it put them in the frame of mind of the men who lived nearly two centuries before that they can turn out such genuine performances. Mickey Rapkin’s in-depth look at The Revenant in Men’s Journal describes how Iñárritu came in so close to Leonardo DiCaprio’s face that the actor’s breath fogged the lens in the bitter cold. The diffuse shot under natural light perfectly captured the mood of the scene.